Our mission is to change the way you see your customers.

Retina helps businesses like yours develop better marketing based on unparalleled insight into customer behavior. Find out what sets our offering — and our team — apart.

Retina is a venture-backed startup located in Santa Monica, CA, that brings the power of artificial intelligence to the single most valuable metric for marketers: customer lifetime value. Using insights from Retina, companies like Dollar Shave Club, Madison Reed, and other ecommerce disruptors have already recognized opportunities to optimize their marketing mix based on our highly accurate long-term customer value and cost per acquisition modeling. 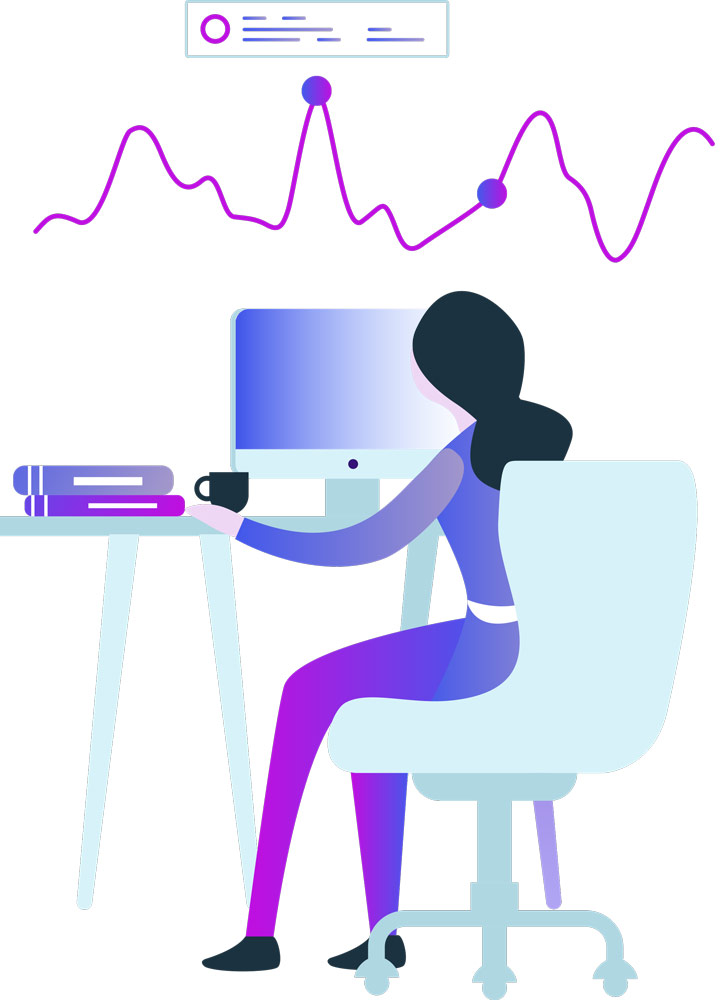 Growing up next to Johnson Space Center, Michael was preordained to pursue science. After earning a physics degree, he became UCLA’s director of innovation and launched ScaleFunder, where he encountered the difficulties of scaling data science. Michael co-founded Retina to help others harness the power of data. In his free time, he jumps out of planes and scuba dives with sharks. Don’t tell his mother.

Emad loves all things tech. He currently wears several leadership hats at Retina across the operations, product, and data science teams. Prior to joining Retina, Emad built and ran analytics teams at Facebook and PayPal. Outside of work, he enjoys spending time with his wife and son, as well as playing pickup beach volleyball in Santa Monica.

Brad loves knowledge and the modern application of it: technology. With a degree in Physics from MIT, Brad is on his fourth journey leading a startup tech team. His background in digital marketing technology, big data, and web/cloud technologies empower the Retina engine. He enjoys volunteering, sharing knowledge, and learning new things. He is an active practitioner of Buddhism.

Madeleine serves as an advisor to Retina. She is an expert in using machine learning for large-scale data analysis, and currently works at Cornell University as an assistant professor of operations research and information engineering. Madeleine received a PhD in computational and mathematical engineering from Stanford University and a Bachelor of Science in mathematics and physics from Yale University.

At Retina, Corinne crafts data science to understand, predict and optimize customer value. She earned a PhD in Electrical and Computer Engineering from Stanford University, where she
used convex optimization and machine learning to address messy data. Before joining Retina, Corinne worked as a research scientist and engineer at Leanplum, a mobile marketing company in San Francisco. In her free time she plays beach volleyball, hikes with her dog and plays poker.

As a data scientist at Retina, Adam spends his time analyzing client data, as well as helping his coworkers understand Millennials. He was previously a researcher at the Center for Vision, Cognition, Learning, and Autonomy and MontiLab at UCLA, where he developed a deep love of computational cognition. In his free time, he enjoys surfing, Hackathon-ing, and thrifting.

Yangyang brings the power modern web frameworks to interactive data science visualizations. Previously, she developed web applications that power Congressional websites (only the good looking ones). Her motto is: "One of us is giving up, and that is definitely not going to be me". And her favorite emoji is the shrug. When she is not generating code, you would find Yangyang on the road with her bike, on a yoga mat, on a wall of rocks, or in a tent in the middle of nowhere.

Siyang seeks to leverage data to empower businesses and people. At Retina, he wrangles data and wields machine learning to inflict tangible business impacts. Siyang received his Masters in Business Analytics from UCLA Anderson, where he developed a curiosity for customer behavior. In his spare time he enjoys digital painting, making music, and experiencing public transportation in various cities.

Join our team of innovators

"At Retina, my coworkers are not only brilliant, they are open to new ideas. Our company culture empowers me to try new approaches to problems, which has led to creative breakthroughs across the board."

BE IN THE KNOW. You’ll be the first to hear about our new blog posts, market research, and thought leadership, on topics like:

We’ll be sending InsiderBeat out every other Monday.  Sign up for free today!